My book is “Gangsta Granny” by David Walliams. The Publisher is Harper Collins Children´s Books and it has 297 pages.

The book is about a young bored boy who hates spending time with his grandma, but is forced to stay with her every friday night. But he discovers that there is much more to his grandma than what he thought.

The autor, David Walliams was born in London in 1971. He is a writter and an actor. “Gangsta Granny is his best seller. I have also read “Demond Dentist” and “Mr. Stink” by him. The press says that he is the new Roald Dahl.

The themes are family and lack of affection and the genders are adventure and comedy.

-Ben: he is the main character. He hates being with his grandma and he is

unhappy at the beginning of the book.

-Granny: she is Ben´s grandmother. She´s very nice, but stinks like cabbage.

-Mum and Dad: they are Ben´s parents. They love ballroom dancing and they

don´t pay much attention to Ben. They want to him to be a ballroom dancer,

instead of a plumber (which is Ben´s dream).

-Raj: he runs a local news agent store. He is always trying to sell some sweets

to Ben. He supports Ben when no one does.

I like Raj because he was also a character in “Demond Dentist” (David Walliams).

I read that David Walliams uses Raj as a character in almost all of his books.

The illustrations are by Tony Ross. There are a few of them in the book. They are in black and white.

The word that I didn´t understand is muttered = murmurar.

There is a film of his book. I haven´t seen it, but I want to.

I liked the chapters “An audience with a Queen”, “Armed Police” and a “A Tap-Shoe”, because they are very funny and interesting. 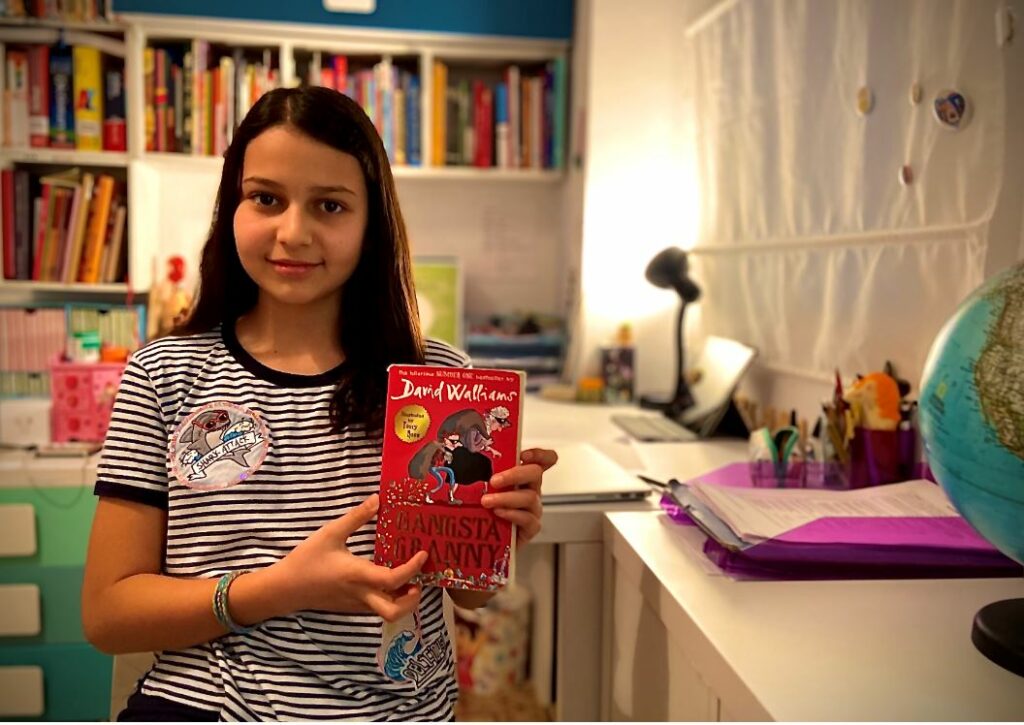