The other day I saw a documental about stop motion. It is an animation technique that gives “life” to static objects through photographing them and moving them a little bit, every frame. When you play these photos at a speed of 24 frames per second, they will seem like they are moving.

The documental also talked about Ray Harryhausen, a stop motion animator, (1920, USA). It said that he was good at drawing, sculpturing, modelling and giving life to creatures.

Ray Harryhausen was inspired to do stop motion by the film “KING KONG” in 1933, when he was 13 years old. He liked to put mythology, dinosaurs, fiction monsters and flying alien saucers in his films. All his work was handcrafted, he never used computers. 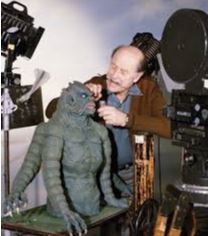 Many films by Ray Harryhausen are:

– Jason and the Argonauts

He was a big influence on great directors like Steven Spielberg (E.T), George Lucas (Star Wars), Peter Jackson (Lord of the Rings) and Nick Park (The Wrong Trousers).

Ray Harryhausen retired because the cinema was starting to change. Movies where starting to be different, with violence, and with computers, directors started to make another type of film 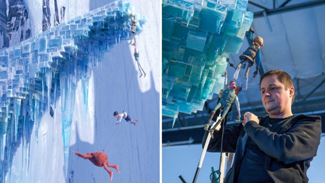 At school we are watching the Star Wars Saga. My favourite character is Jar Jar Binks. He is very funny and when he does something wrong, everything goes right. He looks like a frog. My father was telling me that everyone hated Jar Jar Binks because he was a character with a tone of comedy, different from the other old Star Wars films.

I like him because I haven’t watched those films.

Today is the best Saturday in the history of Saturdays. Today we went… to the CINEMA!

We watched a cool new movie called «How to train your dragon 3» (It’s the best movie from the Dreamworks company), We went to Kinepolis in front of my house.

The movie is about a dragon called night fury that trains with a rider, but then it meets a light fury and falls in love. His owner (Hicup) needs to let him be wild but can’t let him go.