The book I have read to myself this quarter is titled BILLY AND THE MINPINS, written by ROALD DAHL, the writer of my book is well known and has written many famous books including Charlie and the Chocolate Factory, Matilda, James and the Giant Peach, many of these books have passed to the giant screen, that is, to theaters.

Billy is a boy who lives with his mother in a house, from which you can see a forest, his mother is a woman who lets him do almost nothing, and one of the things is that Billy is prohibited from going to the forest.

Billy, ignoring his mother, goes to the forest and there he will go through many adventures and meet different characters, among those characters are the Minpins, who are small creatures that live in trees, they become very close friends with Billy. The Minpins use the birds to move through the forest. Billy is going to help them free themselves from the monster that is in the forest, which is a puff of red smoke, and in order to do it, Mr. Don Mini, calls for the great white swan that is going to allow Billy to fly with him.

With the help of the swan, Billy will be able to free the Minpins from the monster that lives in the forest.

I really liked the book, it is a story of adventure and science fiction. 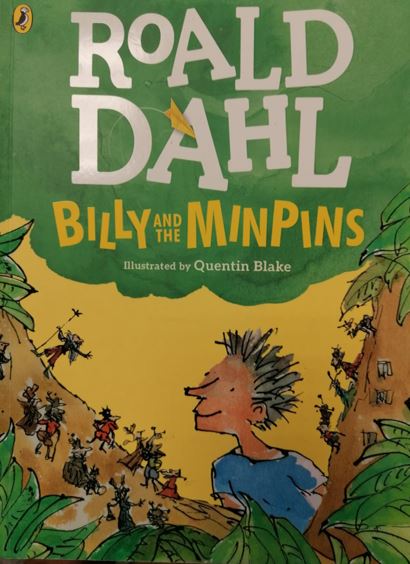